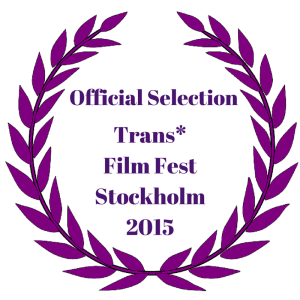 A fascinating film about the activist of the Solidarity movement in Poland in the 1980s, Marek Holuszko, who in 2000 became Ewa Holuszko and stopped fitting into the Polish patriotic narration. Socially, Poland has transformed tremendously since 1989 and Ewa fought for these systemic changes: as one of the original members of Solidarity, she organised strikes and spent some time in prison. But now, what kind of home is this free Poland for Ewa Holuszko? Is it the kind of Poland that Ewa fought for?

A journey of a thousand miles begins with a single step – for some LGBTQI asylum seekers this step is the escape from persecution in their home countries in search of safety and protection in Sweden. (In)Visible narratives of LGBT newcomers highlights the diverse stories of lesbian, gay and trans* people from Russia, Kenya, Rwanda, Uganda and Pakistan. The individuals who now have permanent residency in Sweden share their tales of pain, fear, isolation, surprises, hopes and dreams.

Eleven year old Ho’onani dreams of leading the hula troupe at their inner-city Honolulu school. The only trouble is that the group is just for boys. They are fortunate that their teacher understands first-hand what it’s like to be “in the middle” – the Hawaiian tradition of embracing both male and female spirit. Together they set out to prove that what matters most is what’s in your heart.

The Female Masculinity Appreciation Society is a sort of gentlemen’s club for queer women and those who love them. Follow Cookie and Foxy Ven in their quest to reach the arm-wrestling finals, discover the reason behind Rubyyy’s ginger moustache and judge for yourself the standards in Dapper wear. Filmed at Wotever World in London’s iconic queer pub, The Royal Vauxhall Tavern.

Siri is at a turning point of her life. She feels frustrated about not daring to do what she wants and dreams about. She feels like the society, as well as her own boundaries, stop her from living fully; be who she wants to be, scream when she wants to scream, and live out her fantasy about dominating someone else sexually. Her new friend Lee, a transgender performance artist, is going to help her get rid of her fears.

A bittersweet romantic comedy with a transgender hero… When Adam helps his baby-crazy ex-girlfriend Miriam artificially inseminate, they wind up in bed together – and they both get pregnant.

Tine Alavi is the director for BlatteQueers i film, a short film project working with young, queer people of colour in Sweden addressing central themes related to gender identity, sexuality and racism.

Saga Becker is 26, an actress, multi-artist and activist, and the first transgender person to win a Guldbagge Award for Best Female Performance in “Nånting måste gå sönder”.

Wibke Straube is a gender studies scholar and transfeminist activist based in Berlin (D) and Karlstad (SE), working at the Centre for Gender Research at Karlstad University. Wibke’s research focuses on gender dissidence in visual cultures. When not teaching, writing or organising conferences, Wibke likes to garden, look out for upcoming trans movies, or visit queer art exhibitions.

Miles Rutendo Tanhira is the director of (In)Visible, as well as being a journalist, feminist, blogger, human rights defender and LGBTI rights activist.

We are Trans Fest Stockholm.  We are a volunteer-run organisation for and by trans, gender diverse people and our allies. We aspire to create a positive, inclusive and empowering celebration of trans and gender diverse culture and community.